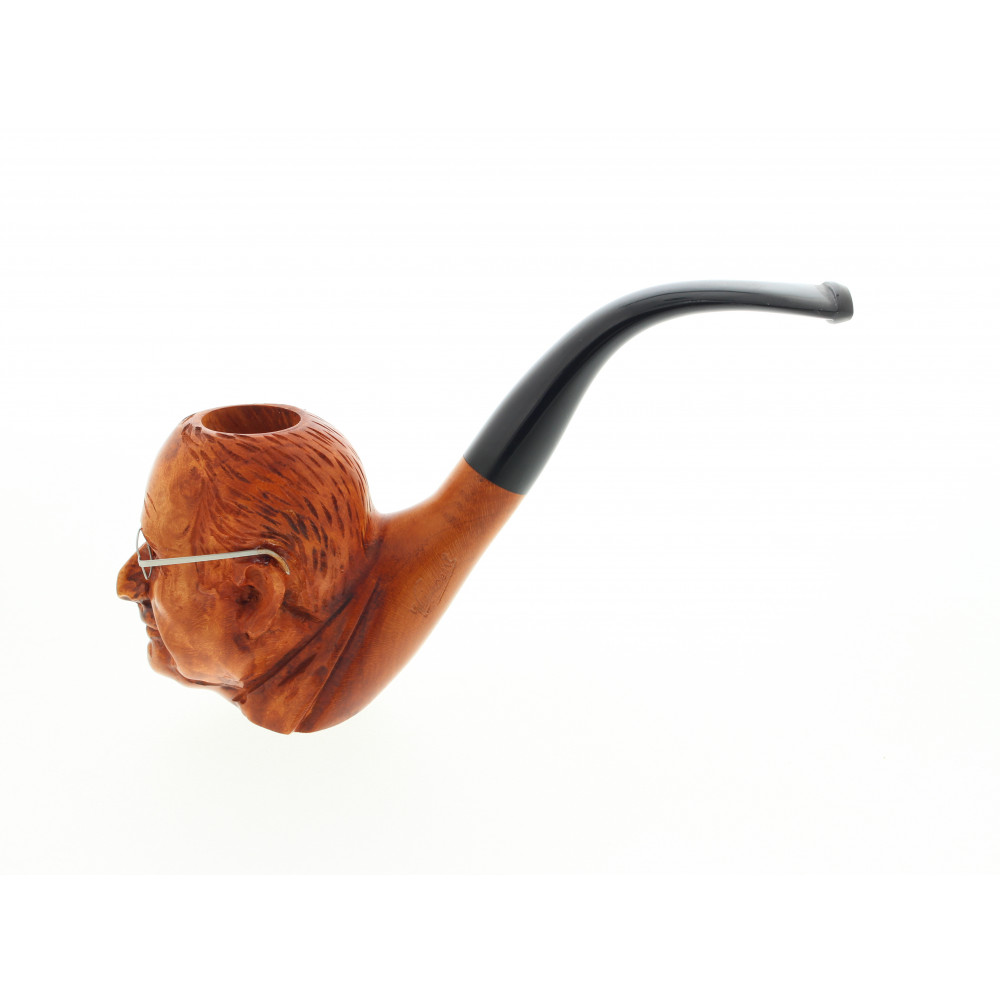 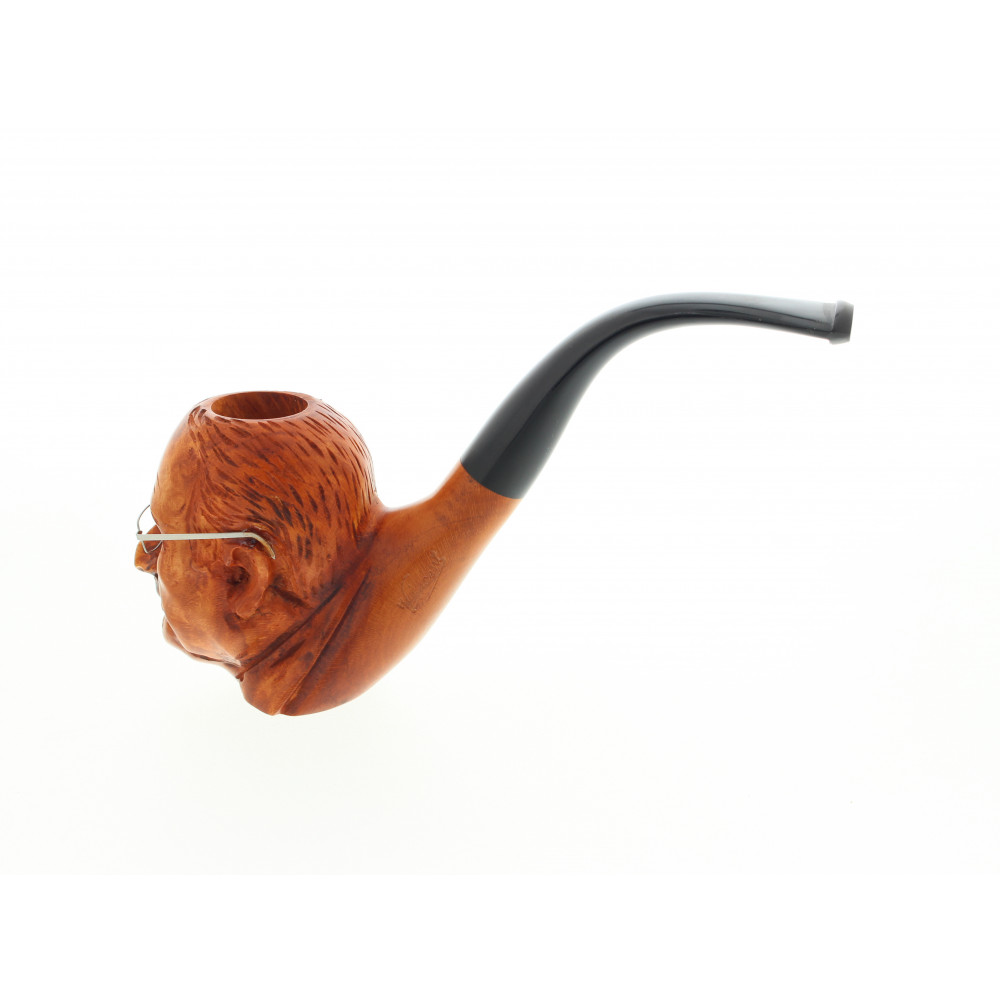 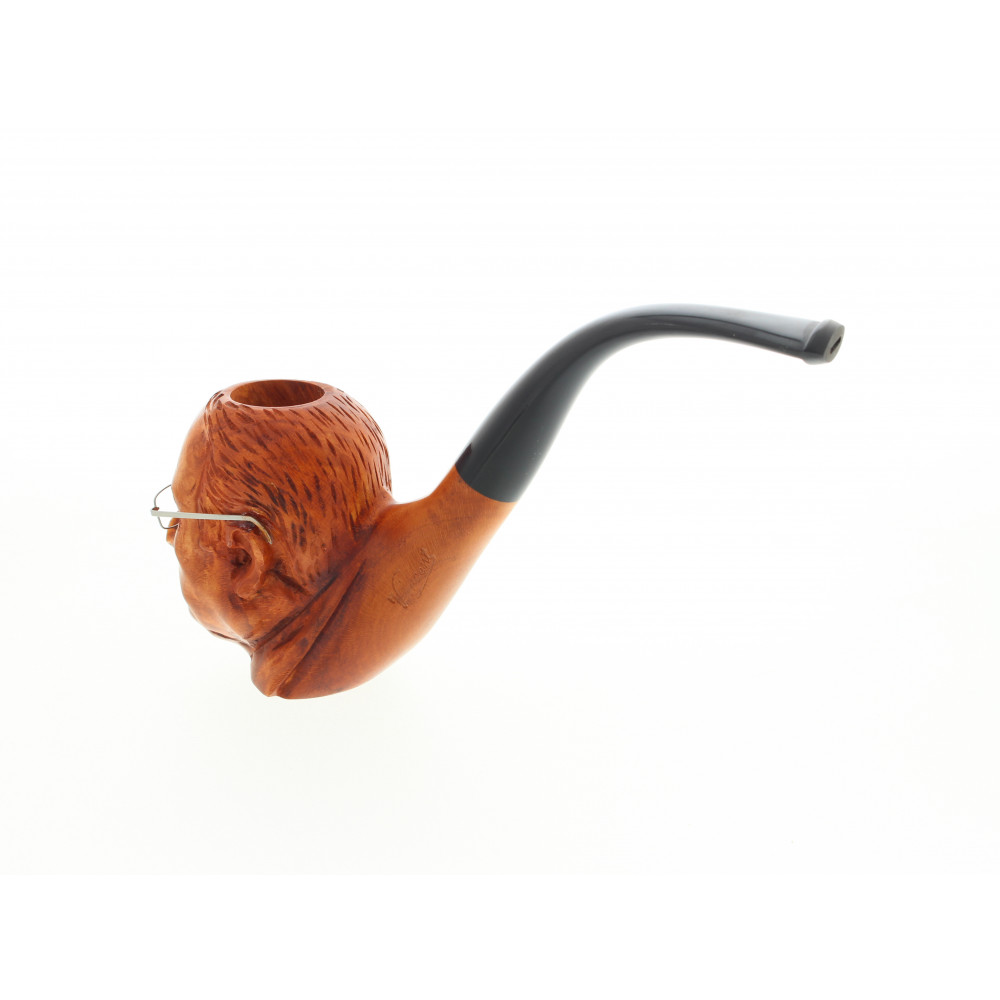 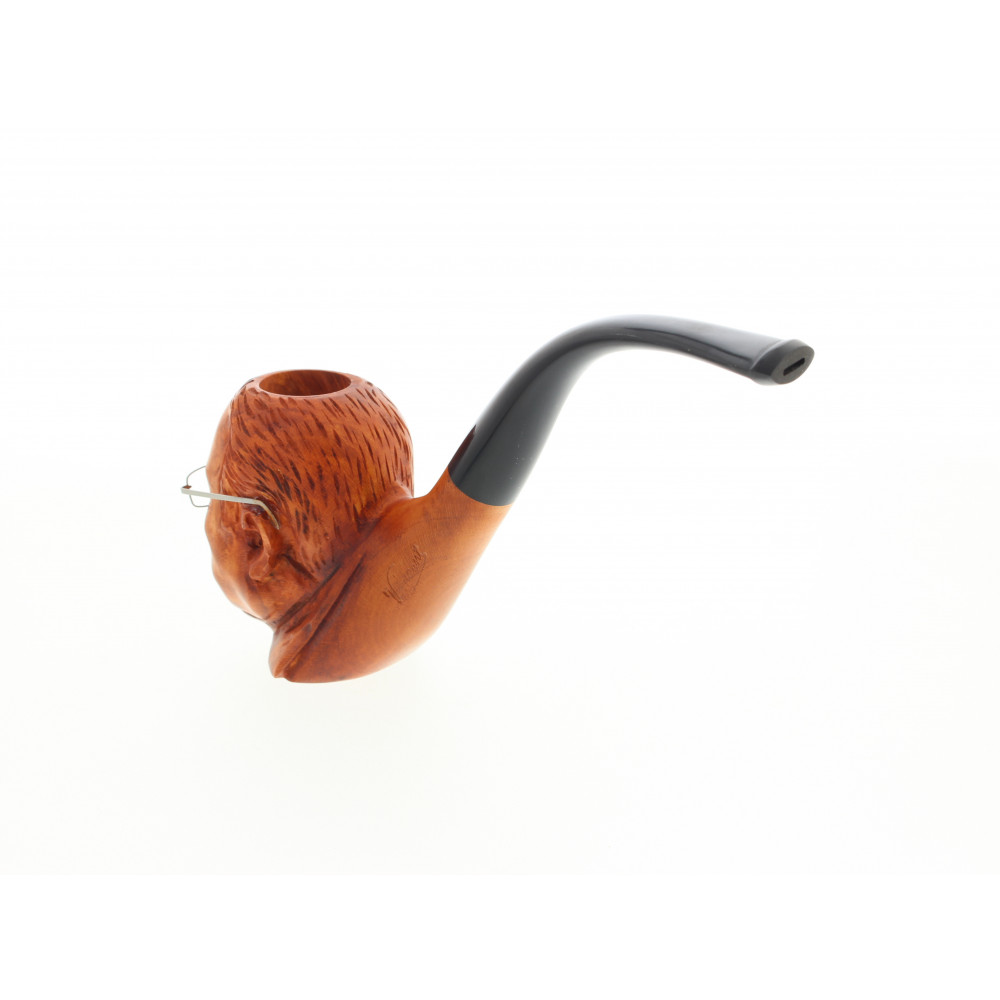 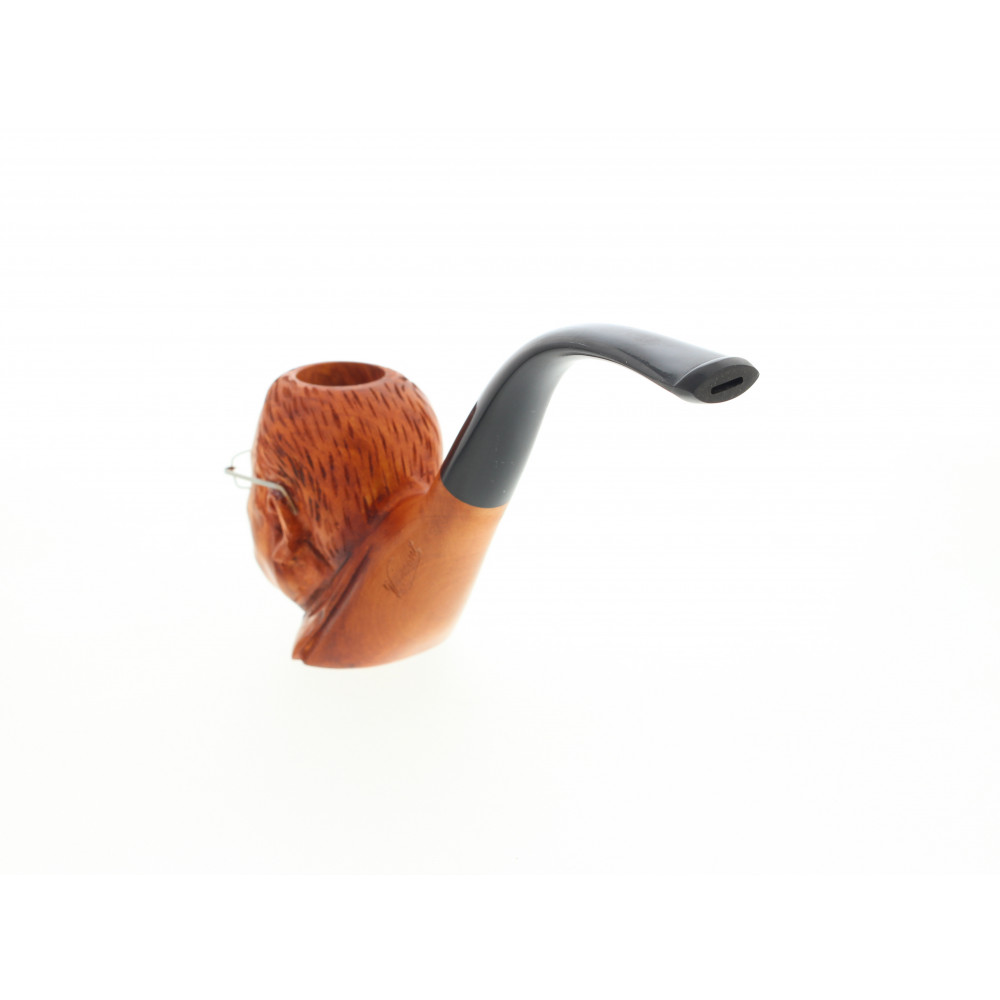 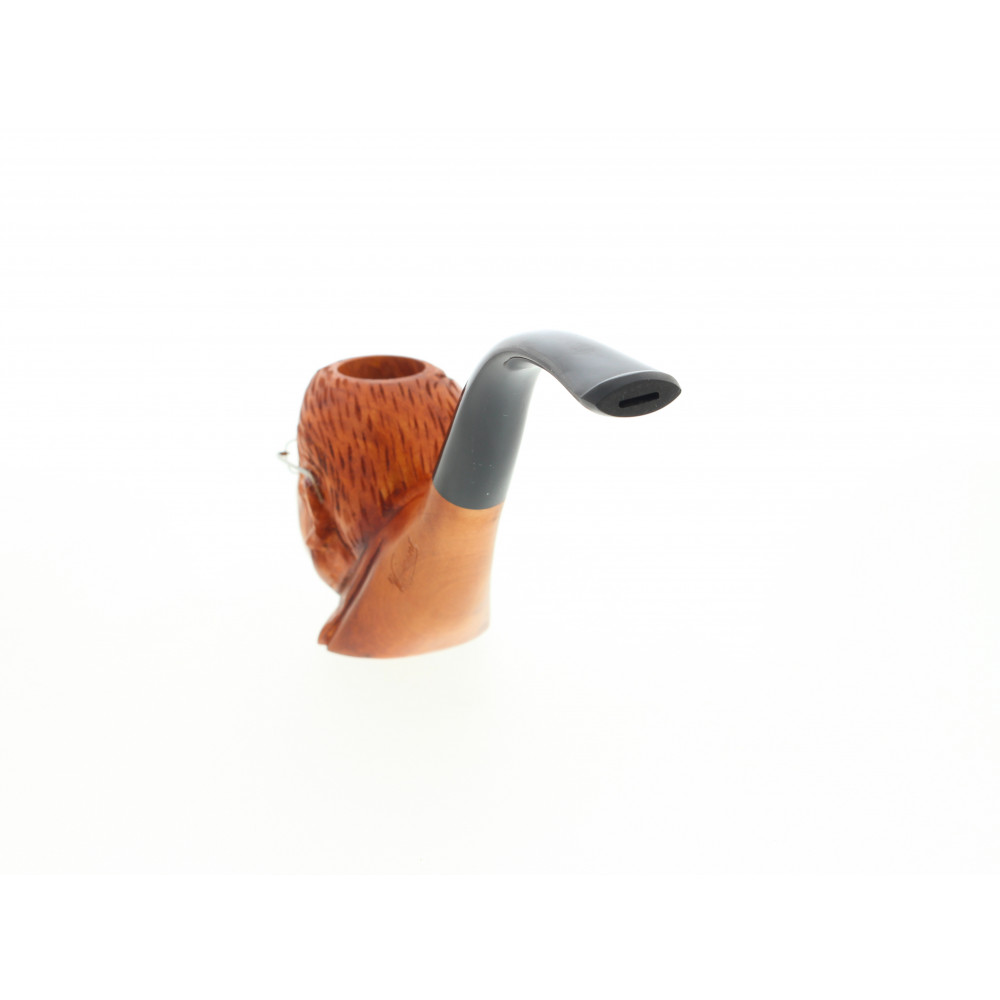 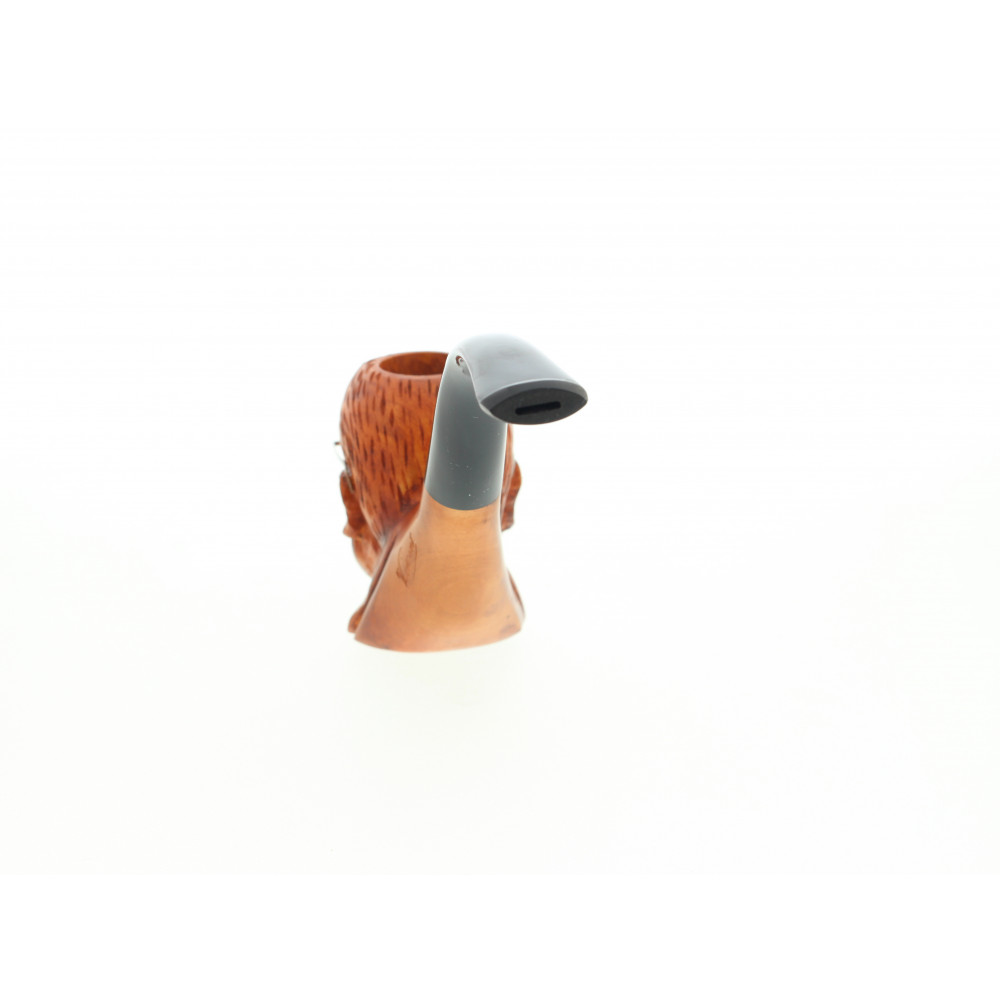 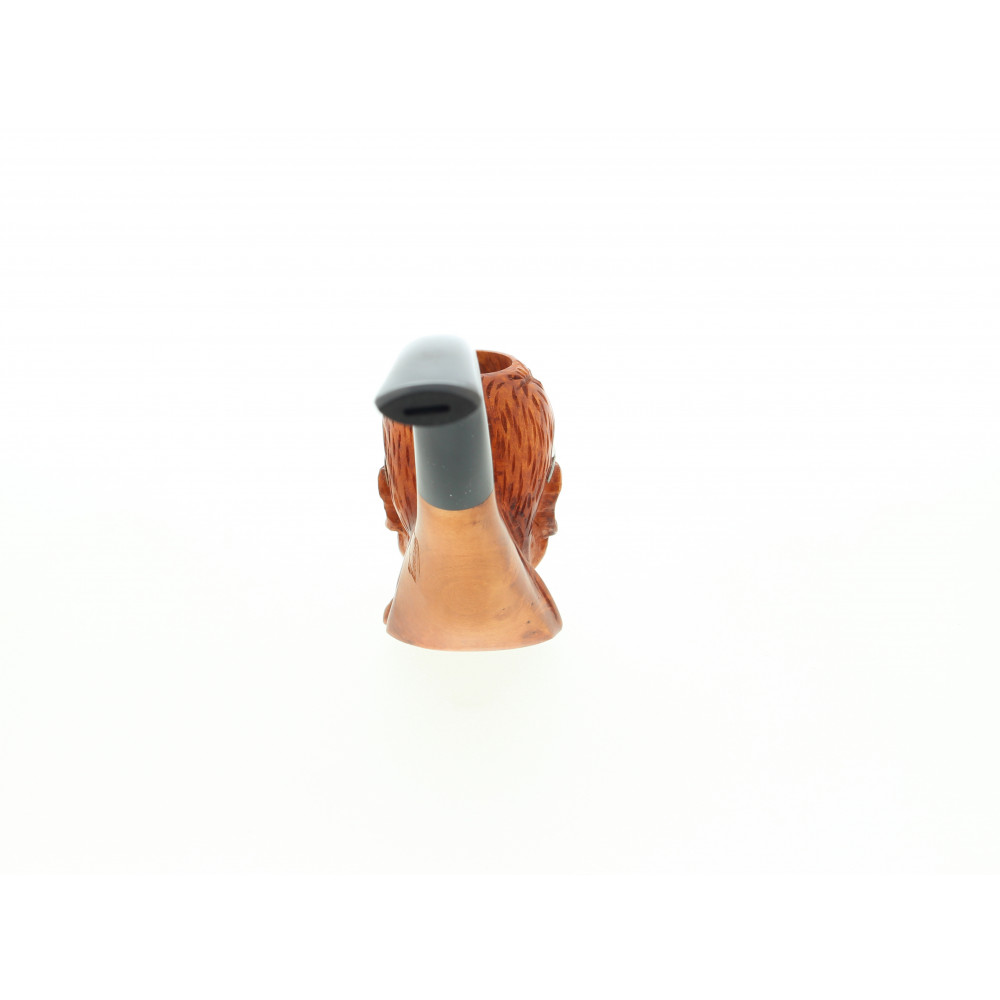 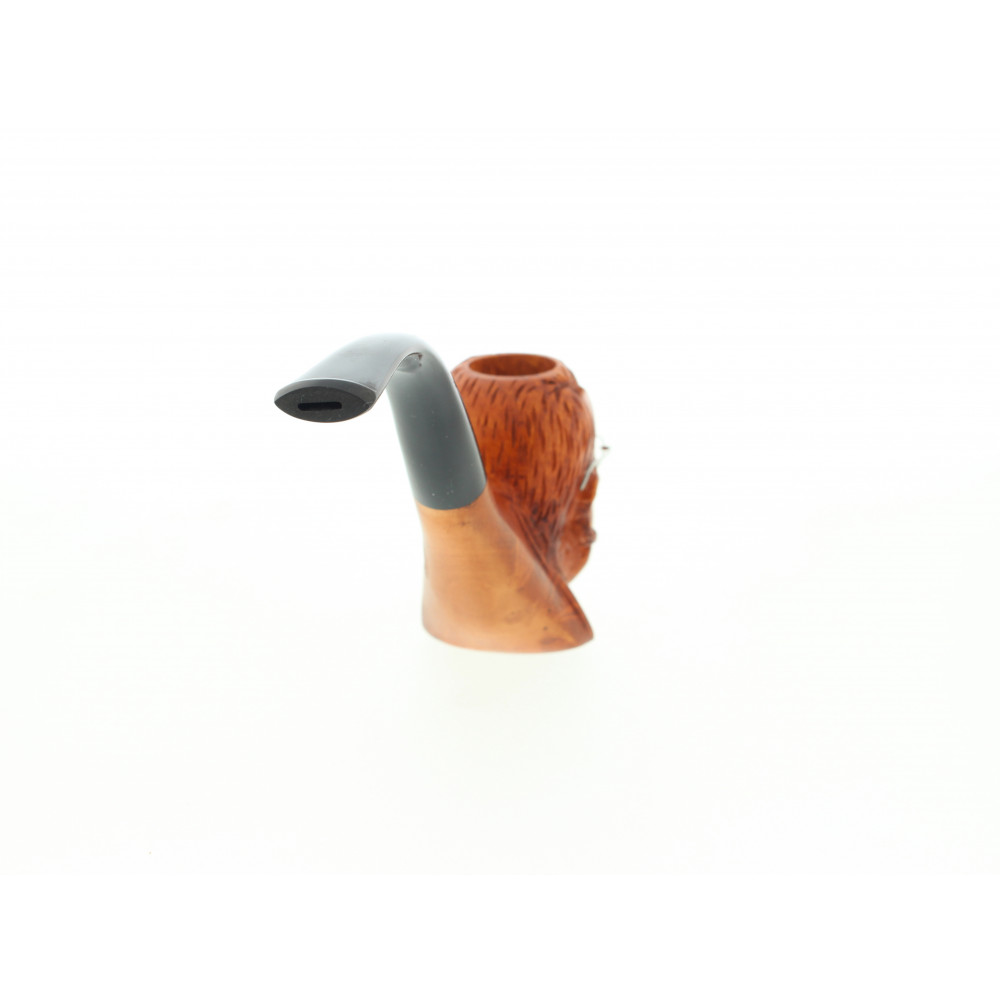 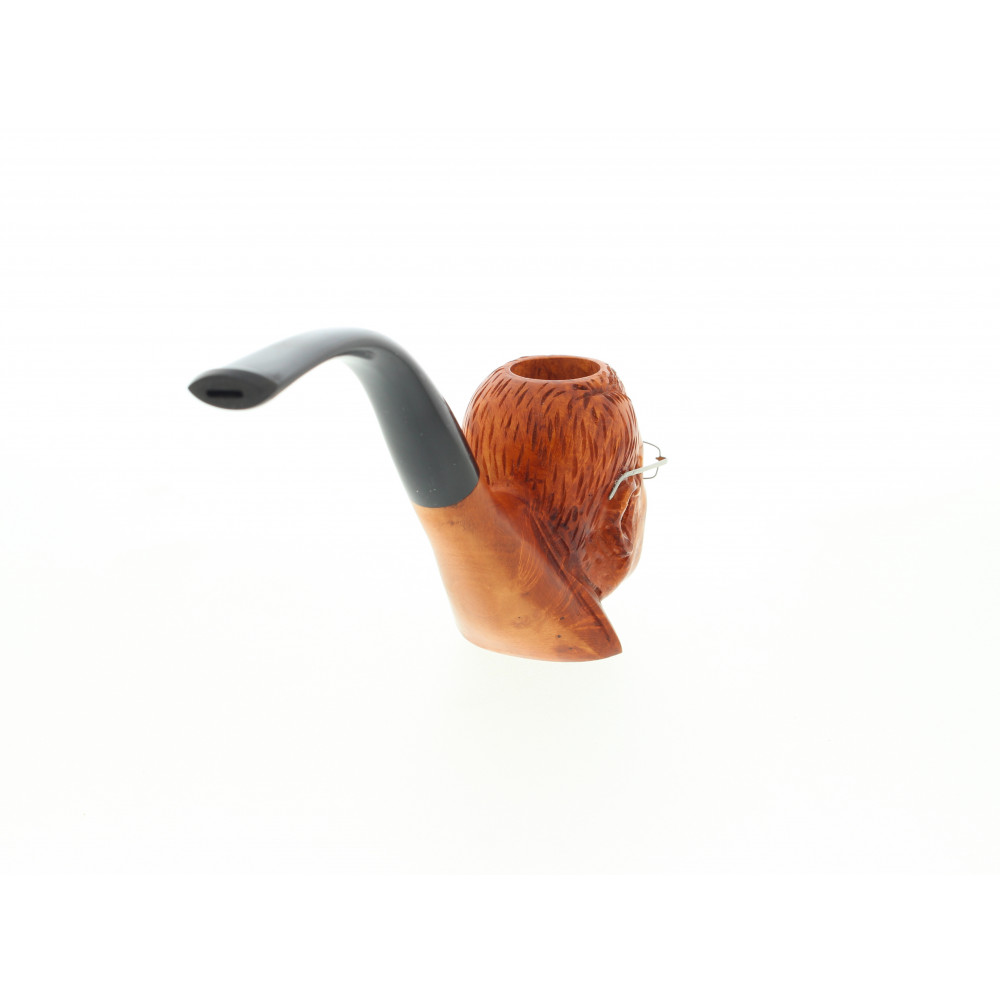 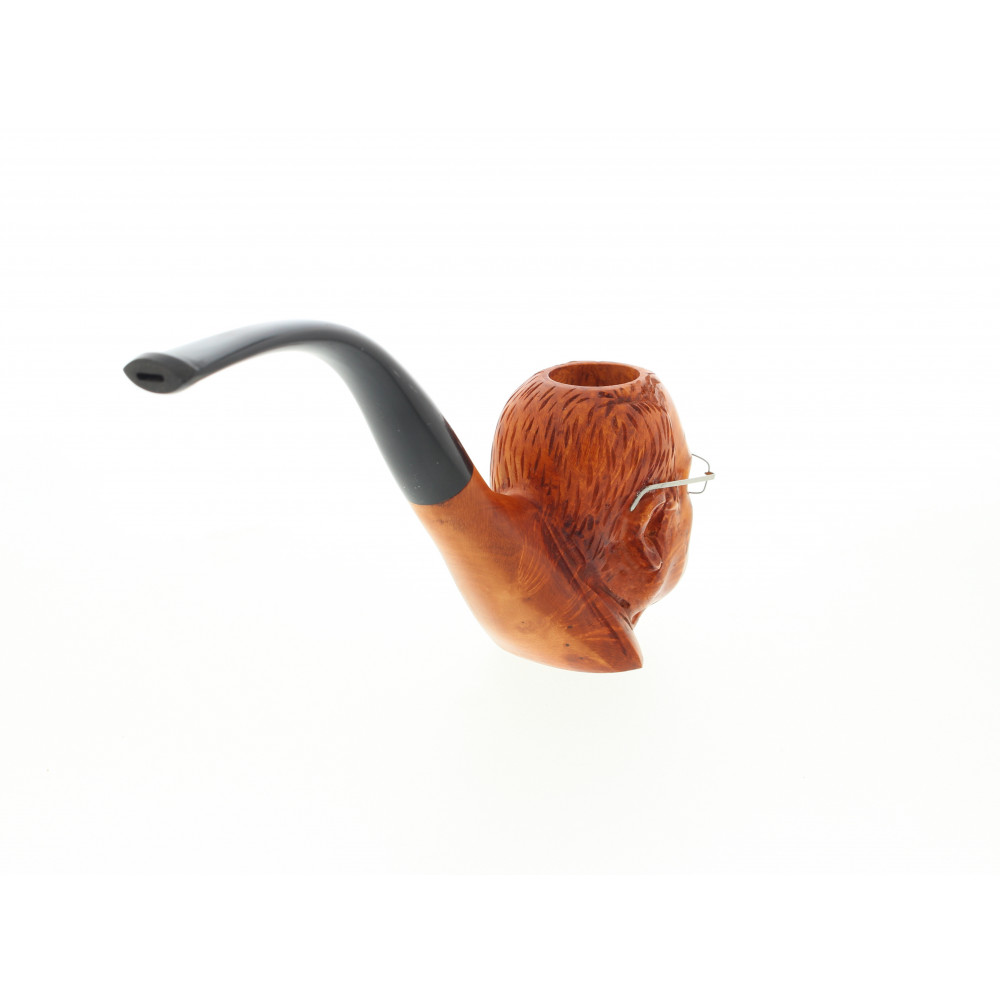 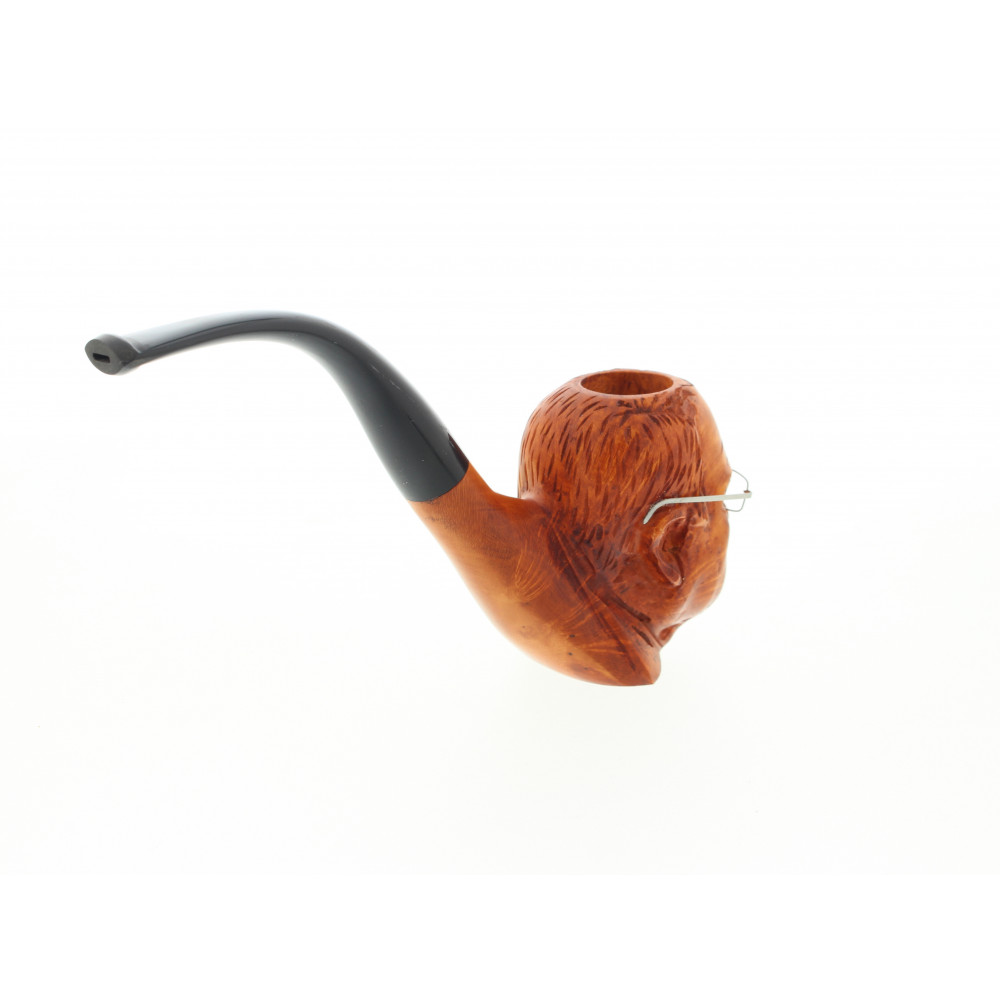 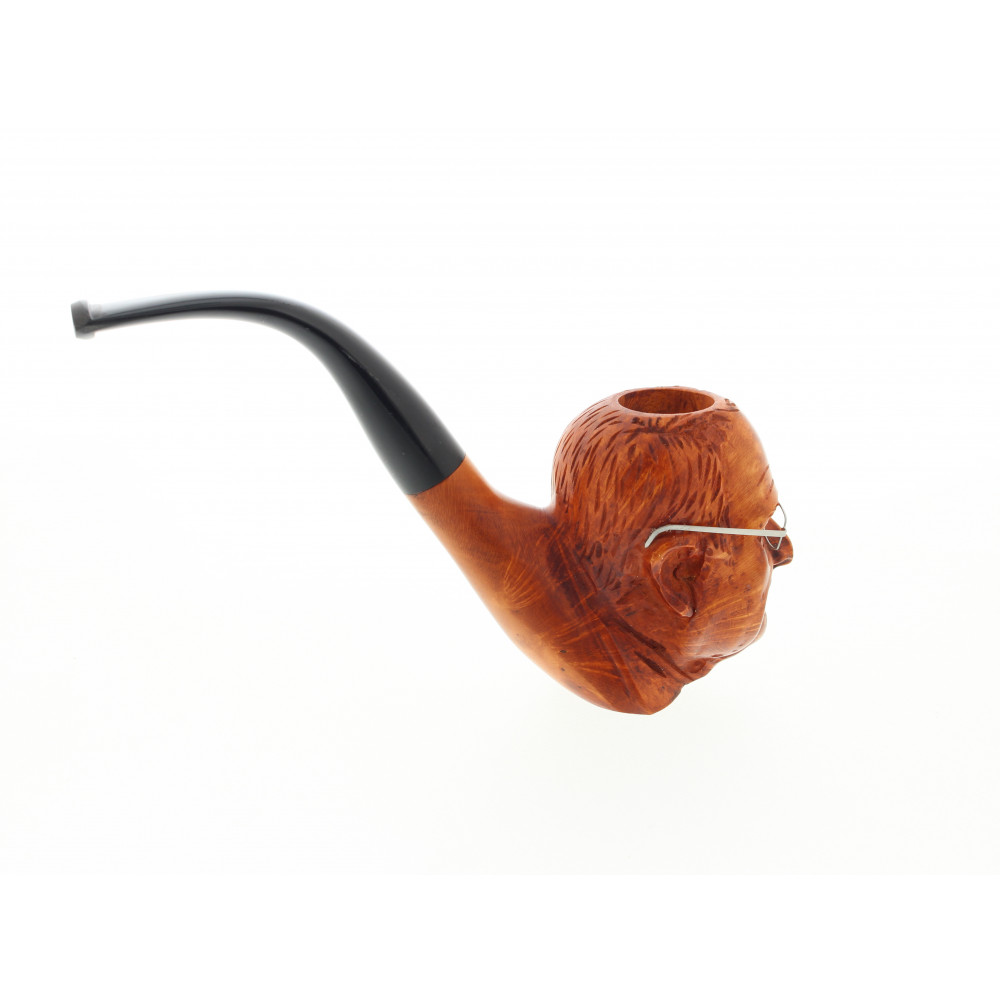 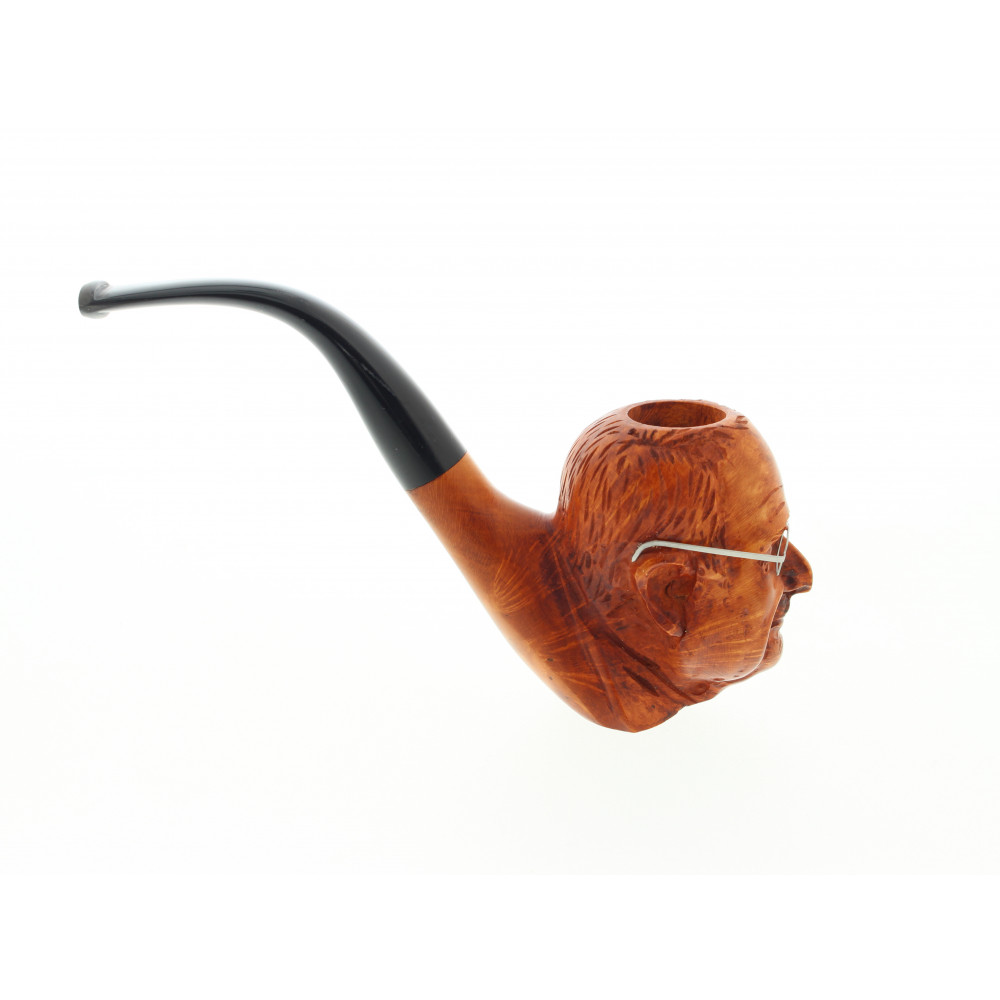 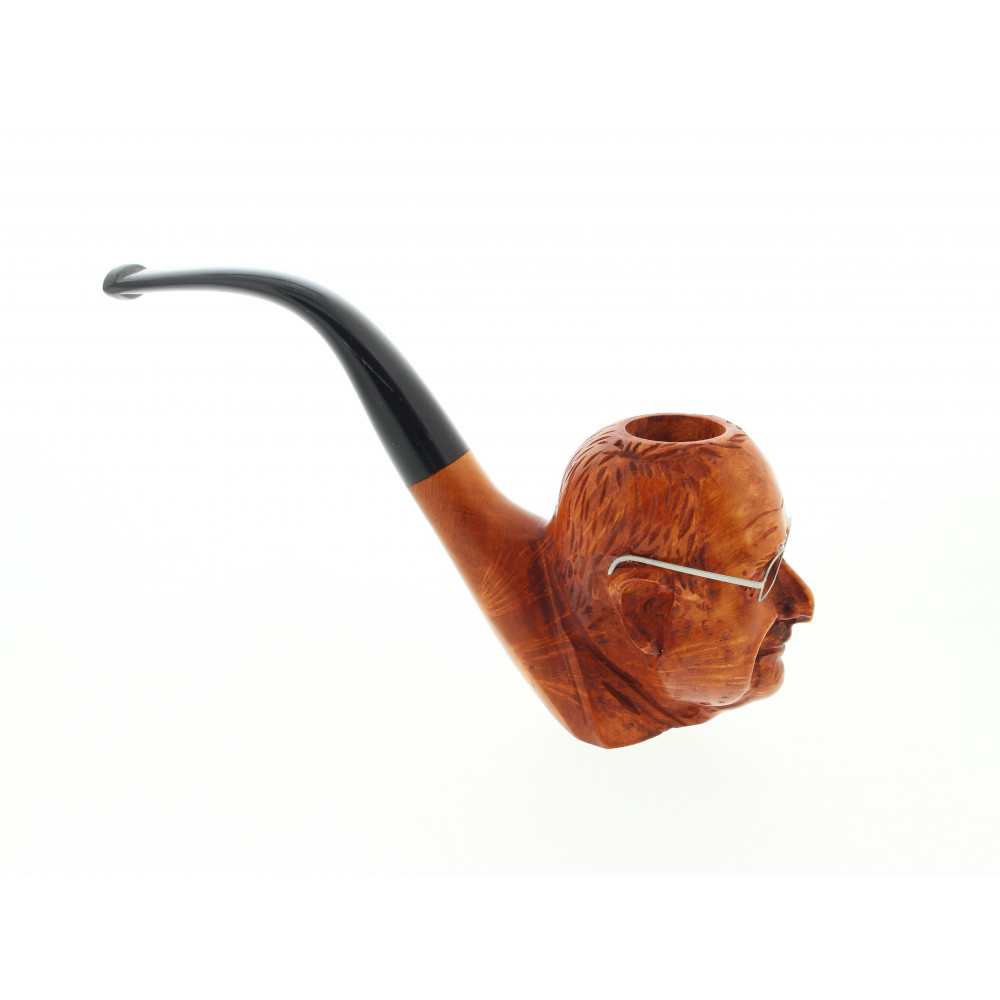 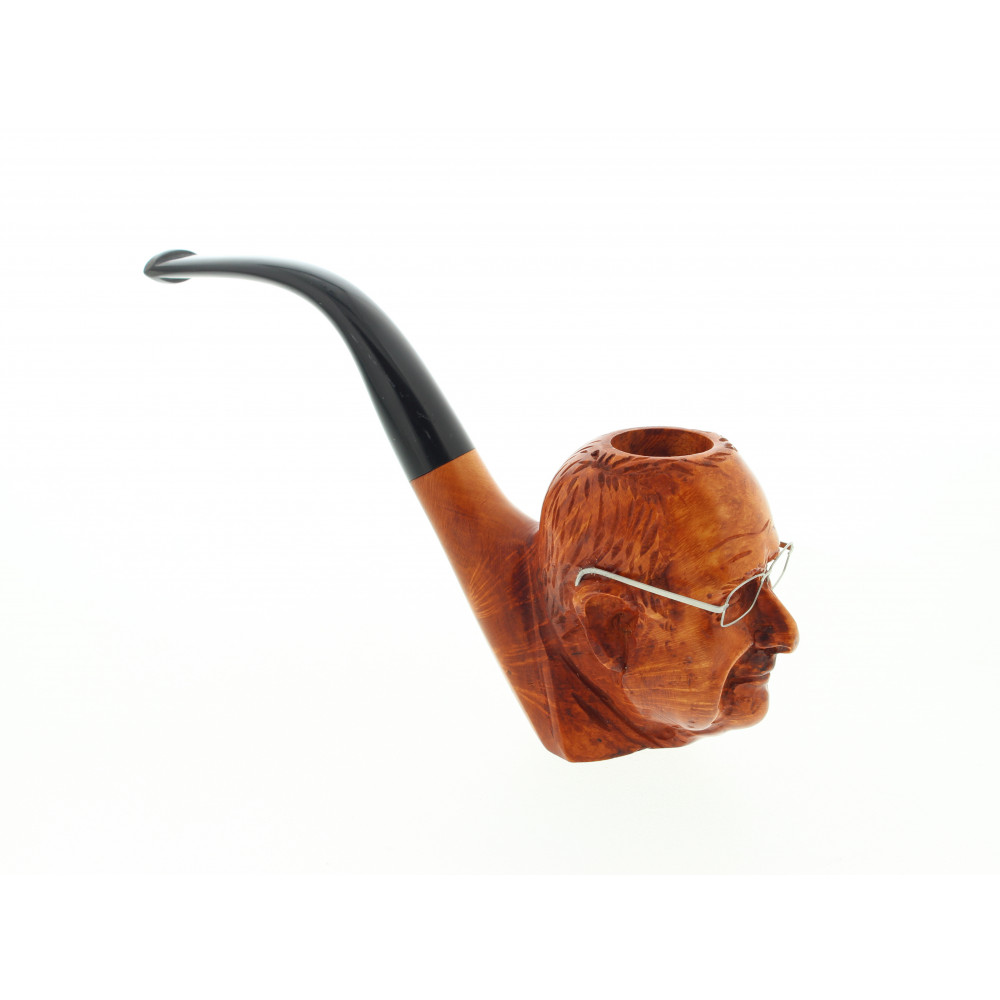 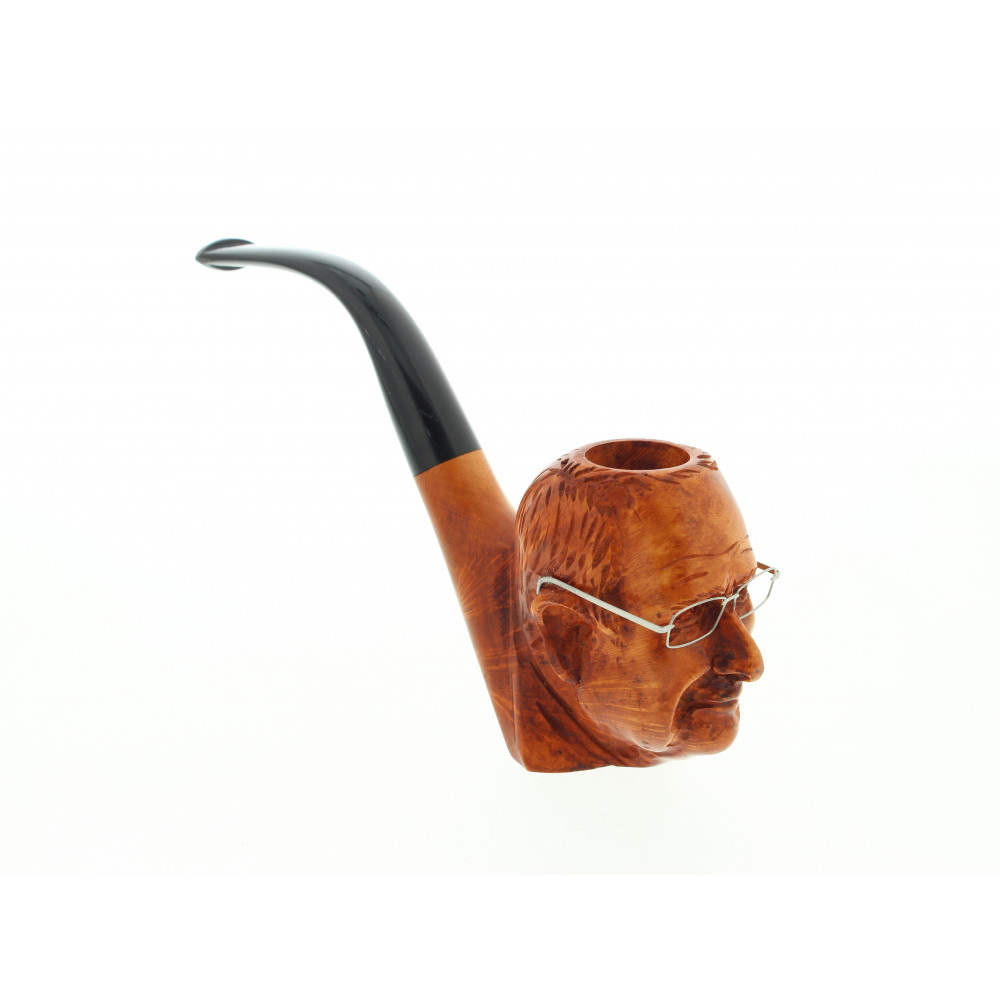 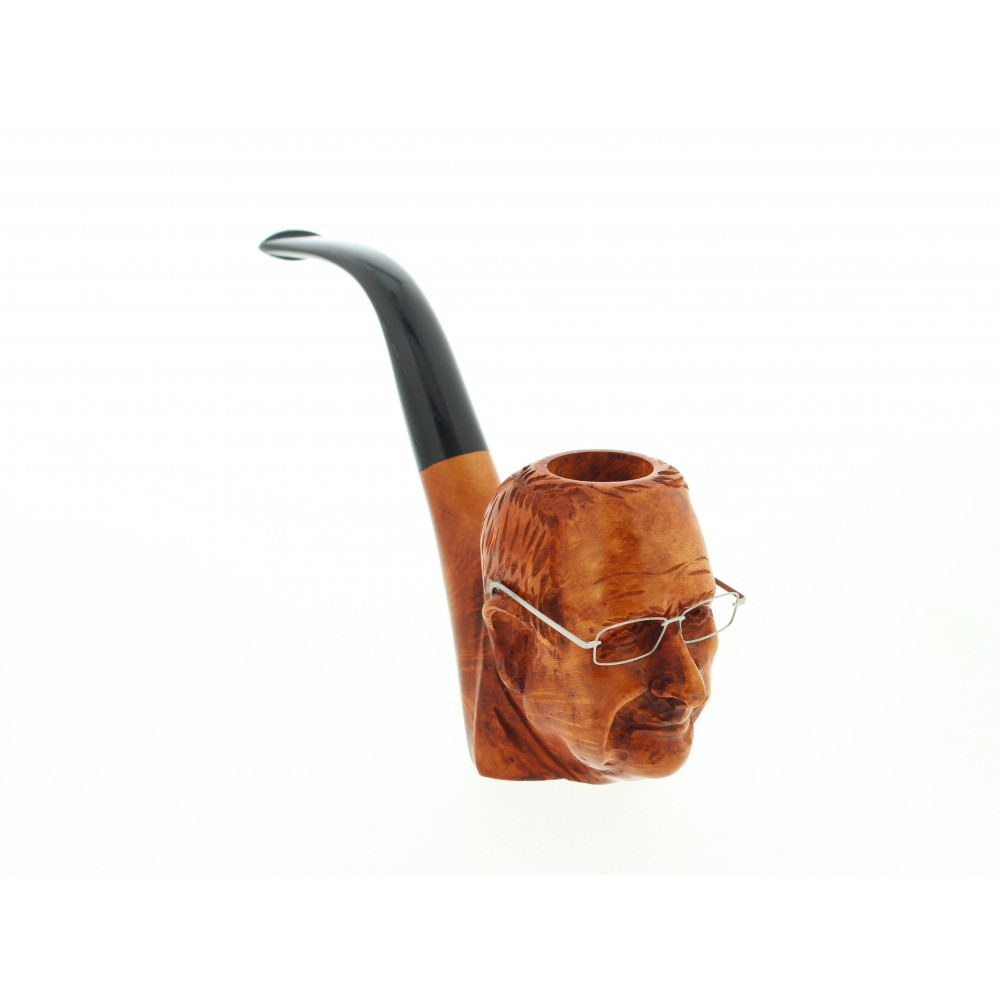 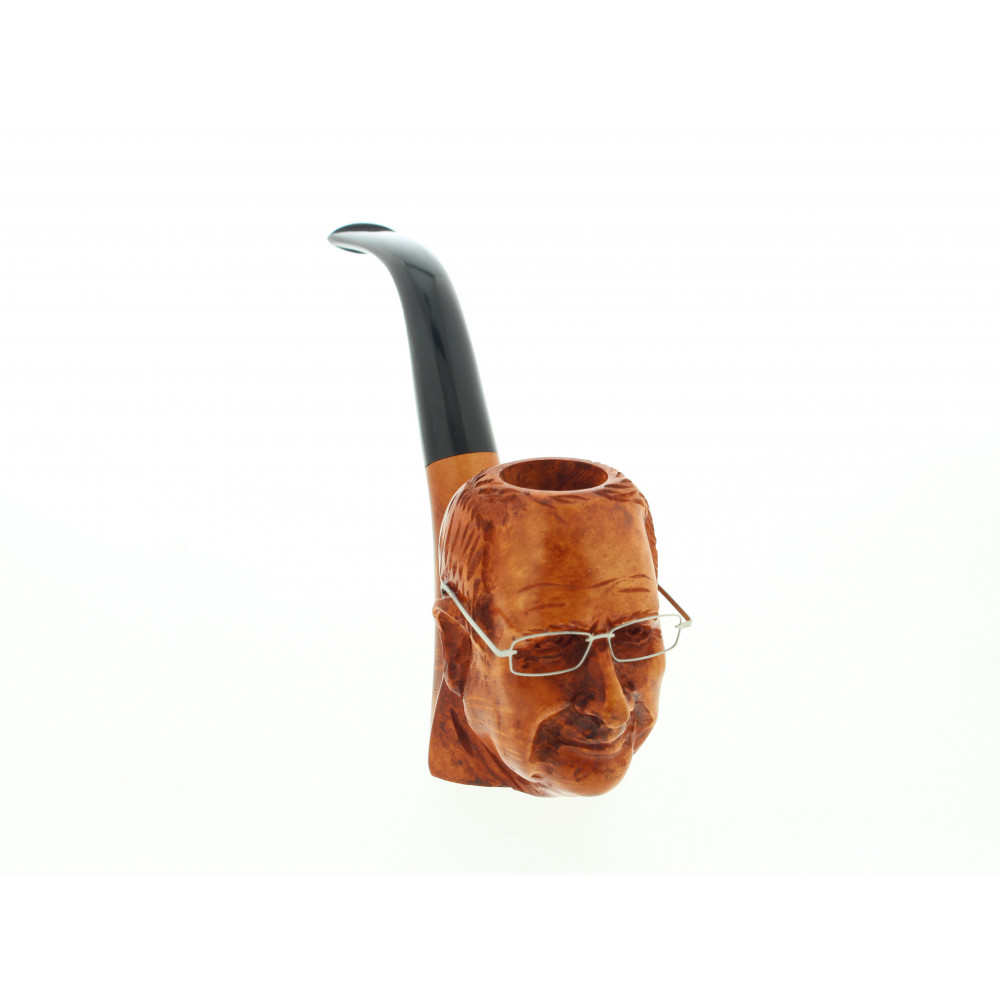 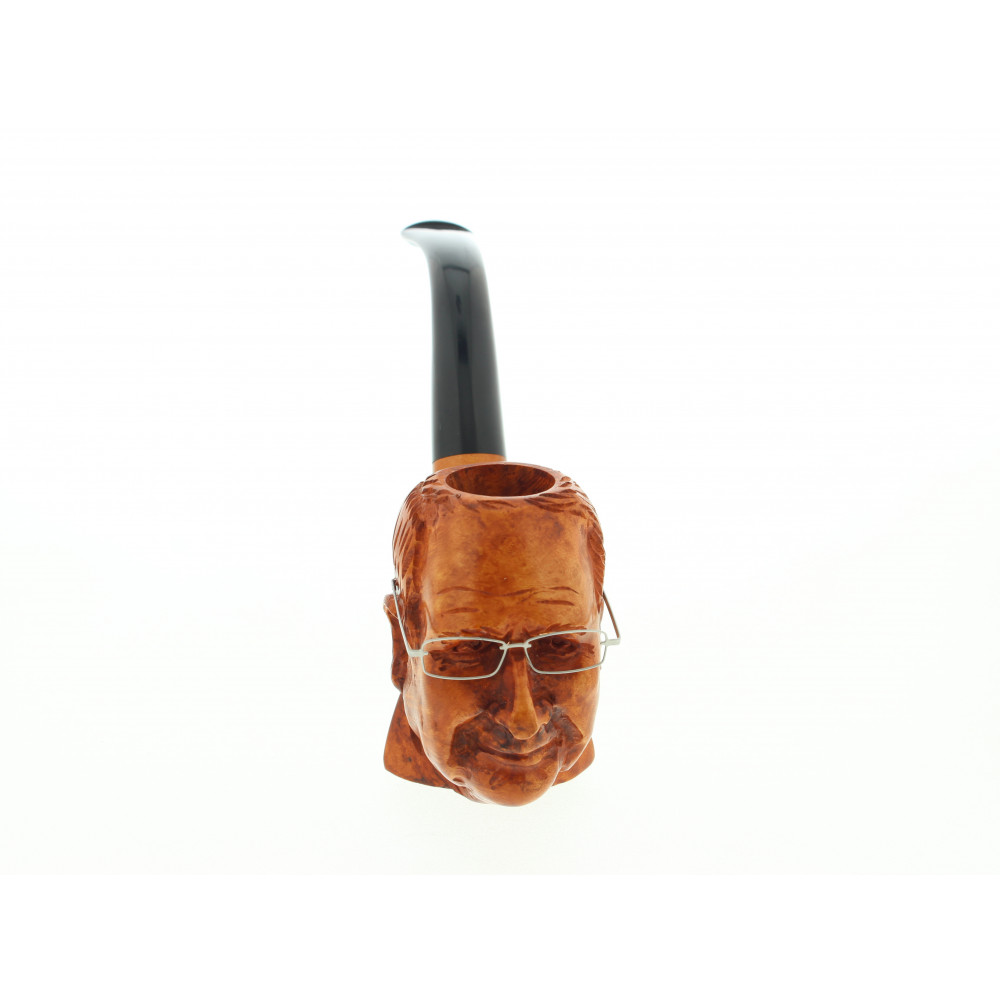 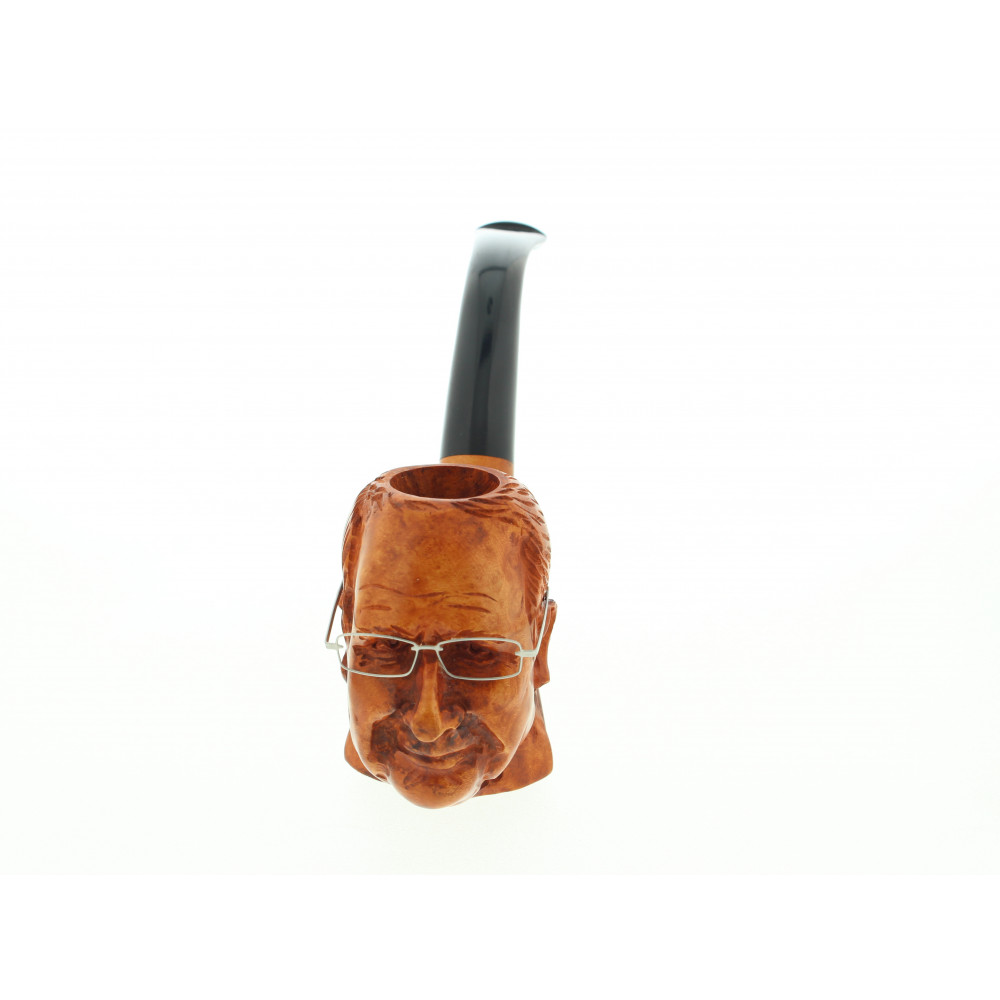 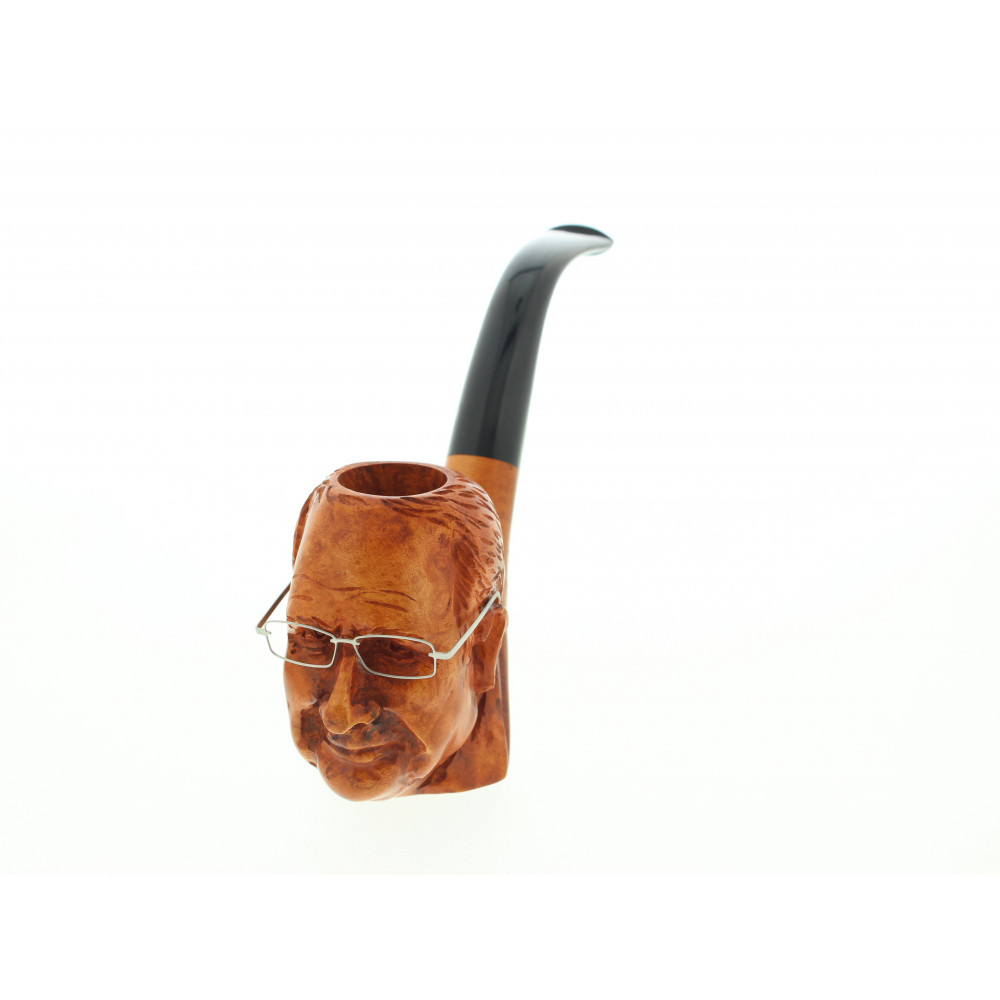 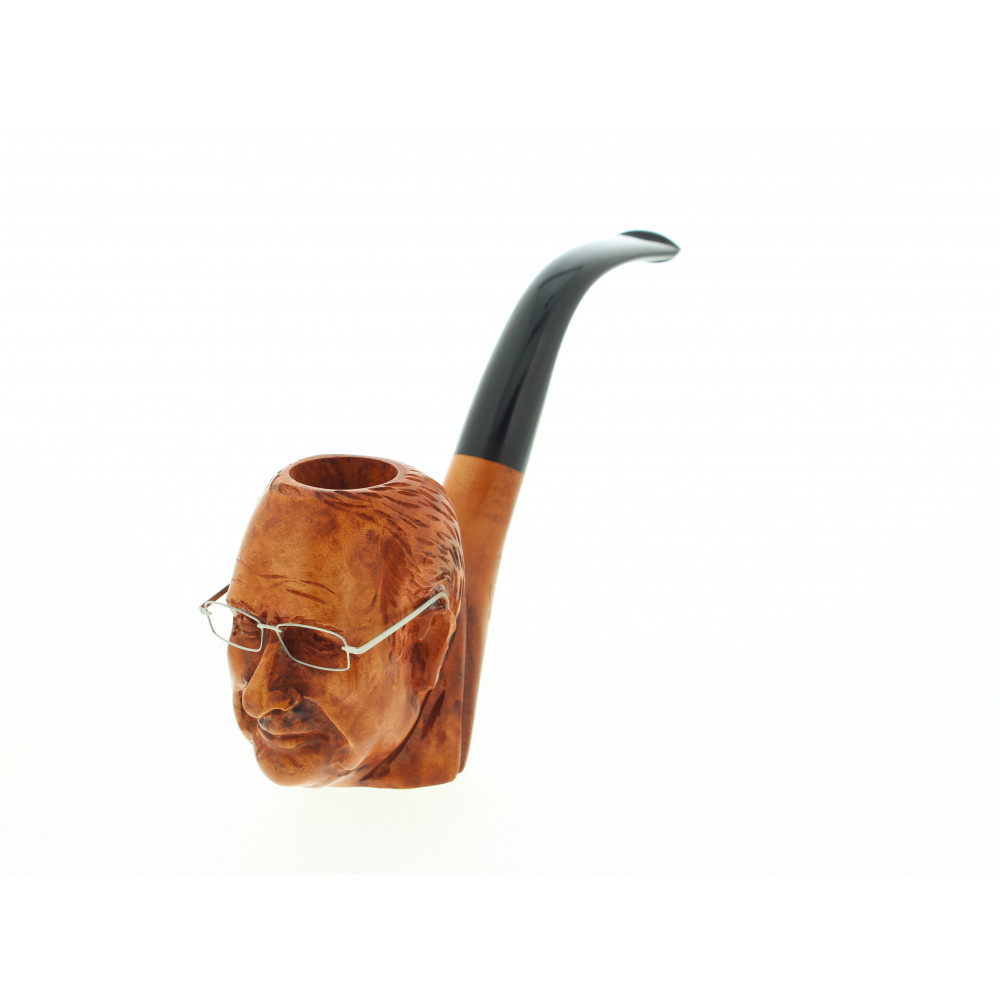 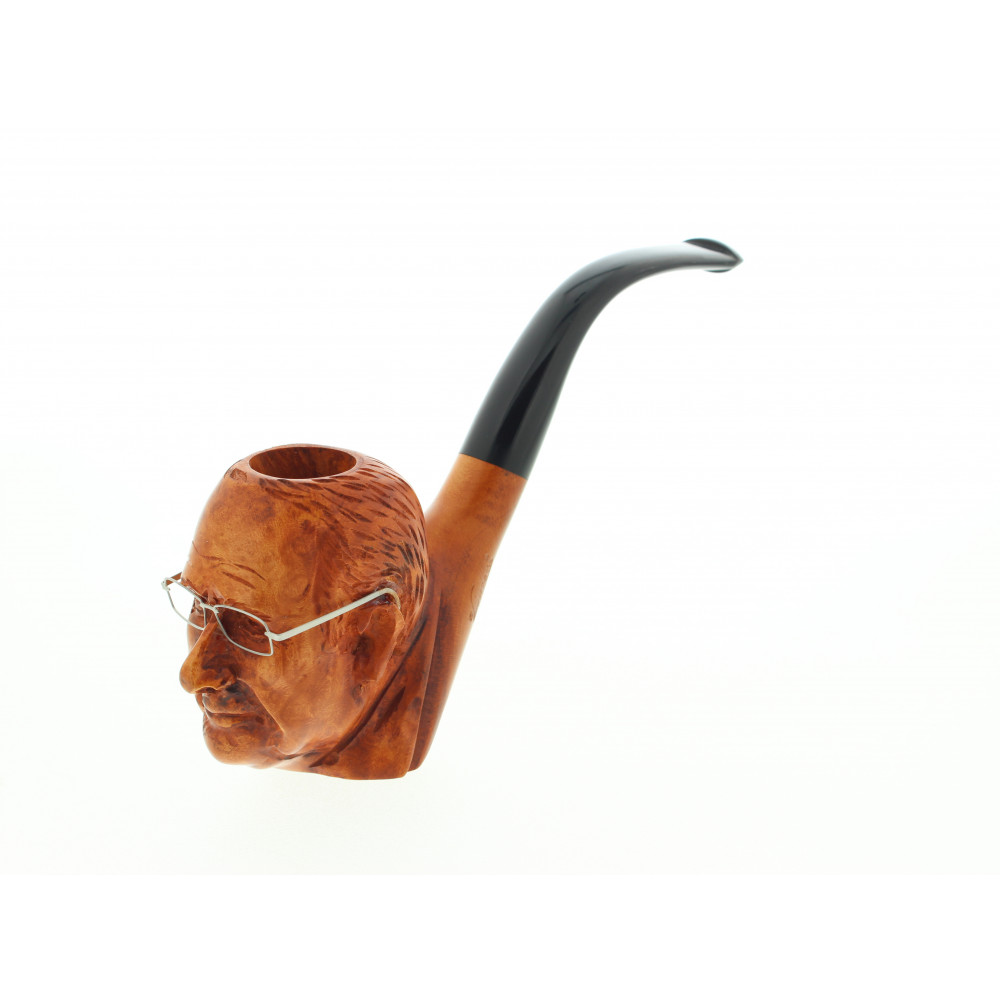 Only one is available 1 products in stock Warning: Last items in stock!

Crowned « master craftsman and best worker of France » or MOF in french, Roger Vincent is based in Saint Claude, France, the pipe making capital city ! With a 60 years long career, Vincent is specialized into half length portrait or bust carved pipes. Depicting mostly political figures, he is truly passionated by his craft. His handmade pipes bring happiness and admiration to smokers around the world! Since those pipes are fully handmade, there are slight differences from each other.

Depicting the former French president François Hollande, this pipe combines briar wood and metal as well. The main difficulty was to find how to create such a small pair of glasses ! But thanks to a local glasses frames make based in the nearby town of Morez, Vincent managed to find a solution. The former head of state (elected in 2012) is easily recognizable thanks to Vincent admirable technique.

The characteristic features of the face are meticulously and perfectly executed.

23 years of experience to
advise you