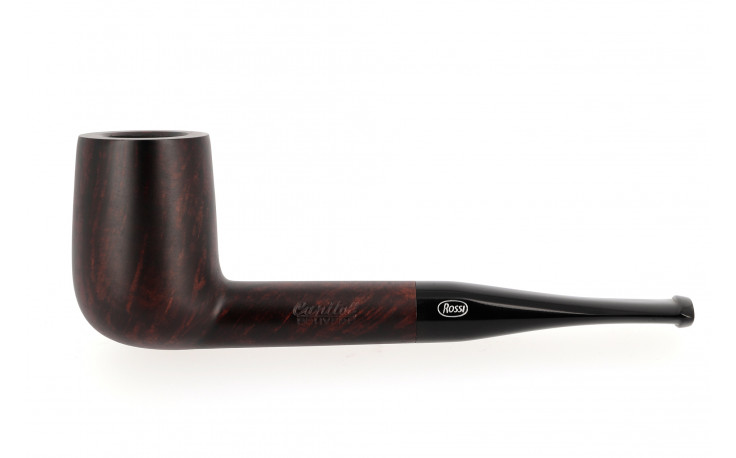 Behind every piece, there is a great story: Rossi pipes appeared on the market towards the end of... Read more

Only one is available 3 products in stock Warning: Last items in stock!

Behind every piece, there is a great story:

Rossi pipes appeared on the market towards the end of the XIXth century. The company, founded and managed by Ferdinando Rossi, quickly became very successful. It even became the world's largest pipe maker between the two World Wars. Unfortunately, the company found itself unable to adapt to the changes that happened in the tobacco world after World War II and had to close down... Until Savinelli acquired the brand, and revived the Rossi pipes. Nowadays, all the Rossi pipes are made in Italy, in the same workshops as Savinelli pipes.

Capitol, a series made for all smokers:

All pipes from the Capitol Bruyere series are offered at a very attractive price. They are perfect for beginner smokers and for those who want an entry-level-model to smoke their tobacco in. They all have a pre-carbonized bowl, a 9mm filter and a very affordable price.

The pipe comes with a 9mm balsa filter. This filter must be changed regularly to stay efficient. We recommend replacing it every 2 pipes.

Why go for the Rossi Capitol Bruyere 140?

The pipe Rossi n°140 features a deep bowl, that will allow to pack a large amount of tobacco and smoke for a long time. Its straight billiard shape makes it very pleasant to hold in hand.